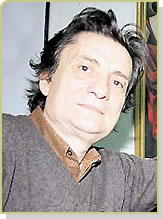 Timur Selçuk, born in Istanbul in 1945, was the son of Classical Turkish musician Münir Nurettin Selçuk and theater actress Sehime Erton. Attending the Istanbul Municipal Conservatory during his elementary school years, Selçuk took lessons in solfege, harmony and piano from 1952-1961. Going to Paris in 1964, he continued in the Piano, Composition and Orchestral Conducting departments of the Ecole Normale de Musique, where he studied for six years. In 1967, he recorded his first 45, titled "Ayrilanlar Için" (For those who have broken up).