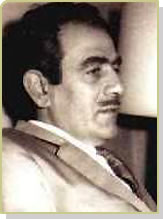 Born in Yozgat on March 1, 1929, Nida Tüfekçi began playing baglama while still quite young. During his time as a student at the School of Finance in 1947, he began performing on Yurttan Sesler broadcasts at Ankara Radio, becoming a permanent staff member in 1953. He worked in different areas of TRT, both as a director and performer. In 1975, he began working as an instructor at the ITU State Conservatory of Turkish Music. In 1991, he was awarded the title of State Artist. He published one book titled Memleket Türküleri (Folk songs of the homeland) and made a great number of folk music collections. He passed away on September 18, 1993.