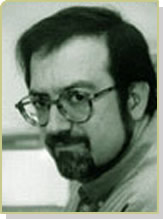 Murat Bardakçı was born in 1955 in Istanbul, and studied economy.

Bardakçı began his study of music with the meşk method, studying tanbur and repertoire with Dr. Selahattin Tanur, from whom he received his icazet, or “authorization” as a musician. He studies music theory, history of theory and pitch systems with Ekrem Karadeniz, and also learned from Fahire Fersan and Vecdi Seyhun. Later, he became interested chiefly in music history. In the areas of oriental studies and methodology, he benefited greatly from Abdülbaki Gölpınarlı. During this time he collected archival materials on Turkish and Islamic music history such as books, documents, photographs, films and voice recordings and amassed a very large collection of notation.

With many publications on Turkish music history to his name, Murat Bardakçı was a journalist at Hürriyet Newspaper.