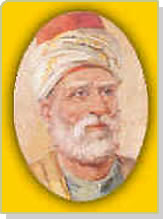 Hâfiz Post was born in 1630 in Istanbul. He was the greatest master of music during the reign of Sultan Mehmed IV, one of the greatest composers of Turkish music, and one of the most noteworthy personalities in our music's history. He participated instrumentally and vocally in performances of his pieces, and received interest and assistance from all his contemporaries, including Selim Giray Han. Hâfiz Post composed hundreds of works, both religious and secular. Besides his ilâhis, just his works in the murabba beste, semâi, nakis and sarki genres numbered close to a thousand, but no more than eight or ten of them have survived to the present day. He died in 1694.